← back to
Peace & Rhythm
Get fresh music recommendations delivered to your inbox every Friday. 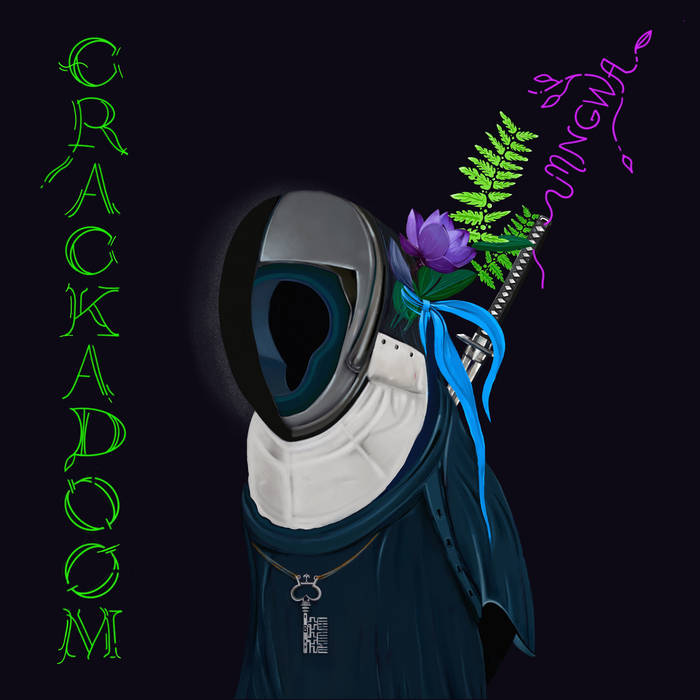 “Crackadoom is MNGWA at their rawest and most instinctual. In the midst of a busy stretch of summer festivals, the eight core members of MNGWA carved out a period of 3 days in remote Williams Lake, central British Columbia, where the EP was recorded in its entirety. Vancouver-based veteran sonic alchemist Brandon Hoffman (Blocktreat) engineered and produced this record from the beginning to end (from the comfort of his own cabin), and his idiosyncratic approach to recording challenged MNGWA to set aside the maximalistic sheen of their previous records and embrace imperfection. Hoffman's choice to track the songs without a metronome gives Crackadoom a living, breathing and almost live quality. Crackadoom is MNGWA's most stripped-down and cohesive release yet, where the two worlds of psych rock and cumbia are integrated more than ever. Sung entirely in Spanish, the lyrics allude to topics as wide-ranging as modern political tyranny (plenty to go around!), media and technological mind control, and communing with ancestral spirits.”

"Like a cultural rainbow, the music of MNGWA runs the spectrum of ethnic genres: latin, gypsy, balkan, dub, russian, carribean, mexican. You can add to that some contemporary indie folk, psych rock and a hint of a country twang. It’s a rich, intoxicating brew. An absolute delight. MNGWA calls it Vancumbia, and who knows it may be the sound of the future. I, for one, hope so."
- Mark Anthony Brennan, Ride the Tempo Music Blog

Bandcamp Daily  your guide to the world of Bandcamp